One of the topmost scientific recorders of Rock Art in the world, Dr. Mathpal (81) is an artist by nature and an archaeologist by vocation. Spending over 30 years in documenting prehistoric art motifs from 400 caves, located in the Himalayas, Vindhyas, Kaimur ranges and the Western Ghats. Mathpal has developed a unique style of painting to scale using original colours, backgrounds and painting in water colour – his most preferred medium. This style has been acclaimed, universally as the most authentic, scientific and aesthetic. Infect, Mathpal is the only Indian scholar in Rock Art acknowledged internationally.

Born in the family of a freedom fighter in Uttarakhand, Mathpal started painting from an early age. He did a five year Diploma in Fine Arts from Lucknow and a Master’s Degree in Drawing and Painting from Agra University. His search for the origin of art took him to Pune, where he did his Ph.D. in Prehistoric Art and Archaeology. Prof H.D. Sankalia, the doyen of Indian Archaeology assigned him the job of recording the Rock Paintings of Bhimbetka, now a World Heritage Site. Mathpal’s meticulous recording of 7000 rock art motifs from over 200 caves at Bhimbetka, several dozen publications on them and 40 one man shows (in various parts of the World and India) popularized the site and it was enlisted among the World Heritage Sites by the UNESCO in 2006. 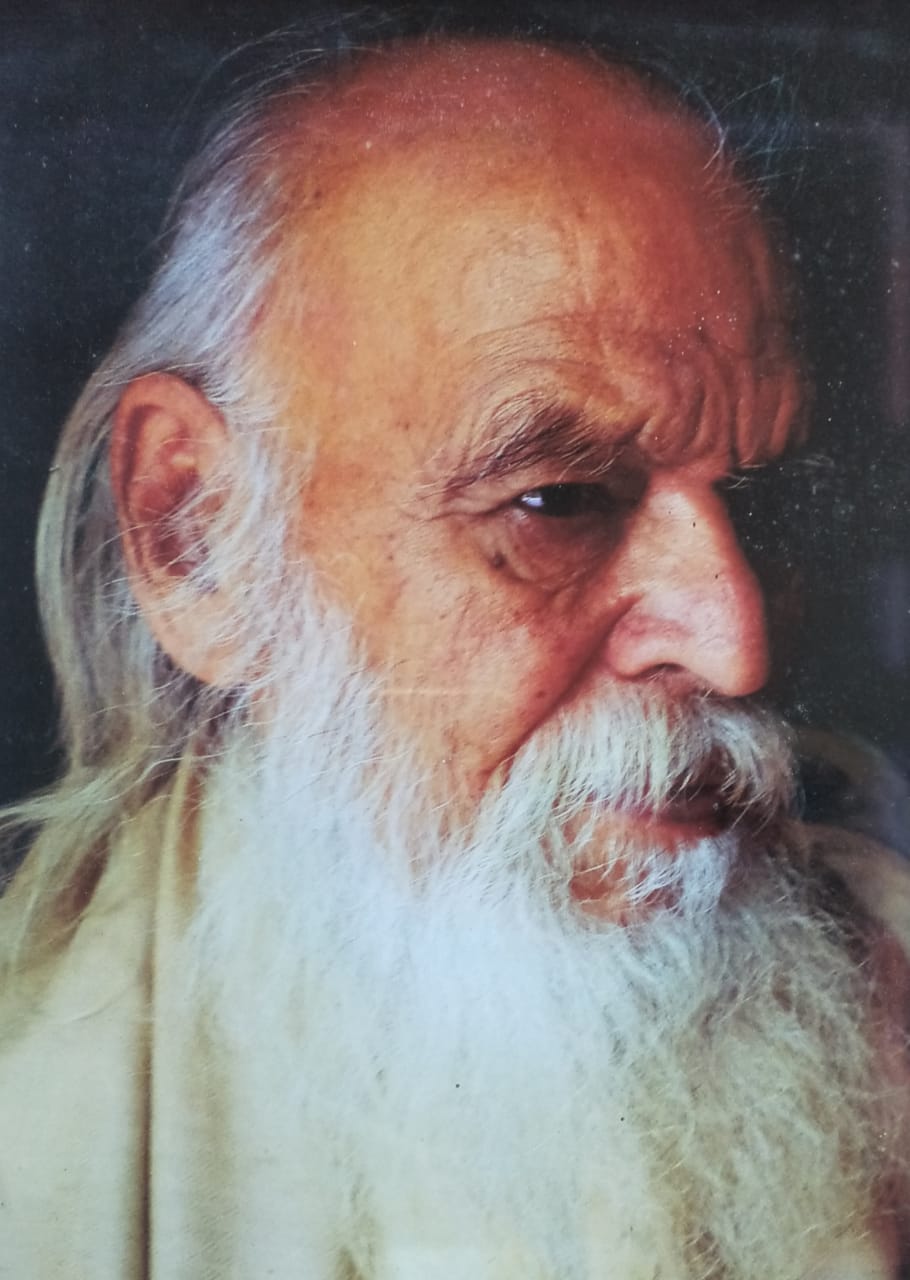 Mathpal has worked with French and Italian rock art researcher teams and participated in two dozen International Seminars. The devoted Gandhian scholar was invited for Rock Art World Conference in Italy in 1997, to mark the Golden Jubilee of our Independence. To recognize his contribution to art and it’s preservation, he was awarded “Padmashree” in 2006. The department of Archaeology, University of Kerala, Trivandrum, in 2013 published a Festschrift Volume to honour Dr. Mathpal under the title ‘Rock Art: Recent Researches and New Perspectives’. Dr. Mathpal was awarded a Gold Medal (1959),”Kalashri” (1984), Honorary Diploma by the International Federation of Rock Art (IFRAO) in Turino, Italy (1995), “Hindu Ratna” (2012), “Kumaon Gaurav” (2012), “Uttarakhand Gaurav” (2012), “Kedar Samman” (2005), “Wakankar Shodh Samman”, Govt. Art and Crafts College, Lucknow, Centenary Samman (2011) and senior most rock art recorder I at the Global Conference on Rock art at IGNCA by the Hon. Vice President of India in 2012. Mathpal was nominated the state representative to Central Lalit Kala Academy, New Delhi (2004) and also nominated Vice President of the Uttarakhand Sanskriti, Sahitya and Kala Parishad in 2006 by the Govt. of Uttarakhand. He was also a District Convener of Indian National Trust for Art and Cultural Heritage (INTACH) in the years 1993-95.

Dr. Mathpal’s commitment to the land of his birth is his Lok Sanskriti Sangrahalaya (Folk Culture Museum) a one man museum at Bhimtal near Nainital. The museum houses a fine collection of priceless reproductions of prehistoric paintings, Stone Age implements and other artifacts from the local folk and tribes. The most precious collectives in the museum include the ammonites or the Himalayan marine fossils (some 150 million years old), plant fossils (c. 70 million years old), temple shaped hero memorial stones, rare manuscripts, musical instruments, coins, traditional dresses and folk paintings the Aipans. The museum has over 200 eye-catching ritual clay idols (the Dikars) made by local women folk. Mathpal has changed his bleak and barren museum campus into a forest and bio-diversity park by planting over 2000 species of plants with the help of his family members. He also enriched the museum collections of D N Majumdar Memorial Museum of the Ethnographic & Folk Culture, Lucknow; Anthropological Museums of Lucknow, Delhi, Guwahati, Canberra Universities and Huntarian Museum of Scotland, besides establishing a Rock Art Museum at Katani (Madhya Pradesh). He spent nearly five years in recording wood carvings from the old houses of Uttarakhand.

During the last 36 years the Lok Sanskriti Sangrahalaya has flourished with his single handed efforts and resources to a learning centre for the IAS, IPS, PCS trainees, teachers and students of all age group. At present the museum has four large galleries with over 1000 paintings , rock art reproductions, several hundred items of Tibetan, Tribal folk cultures and a rich collection of local material culture. Despite his fragile health and old age, Dr. Mathpal still devotes his entire time and energy in enriching his museum, which is the only cultural centre for the tourists and knowledge aspirants. He has more than 20,000 paintings on nature, culture and cave art (mainly on water colour), 54 books and over 300 research articles to his credit. Dr. Mathpal is a multi-faceted man, an archaeologist, a Gandhian scholar, a philosopher, a museologist and above all a renowned water colour painter.

Invited for a lecture on ‘Kumaoni Folk Art’ at Lok Kala Sansthan, Lucknow (1993)

Have written more than 180 articles and research papers in various national newspapers, magazines and journals. 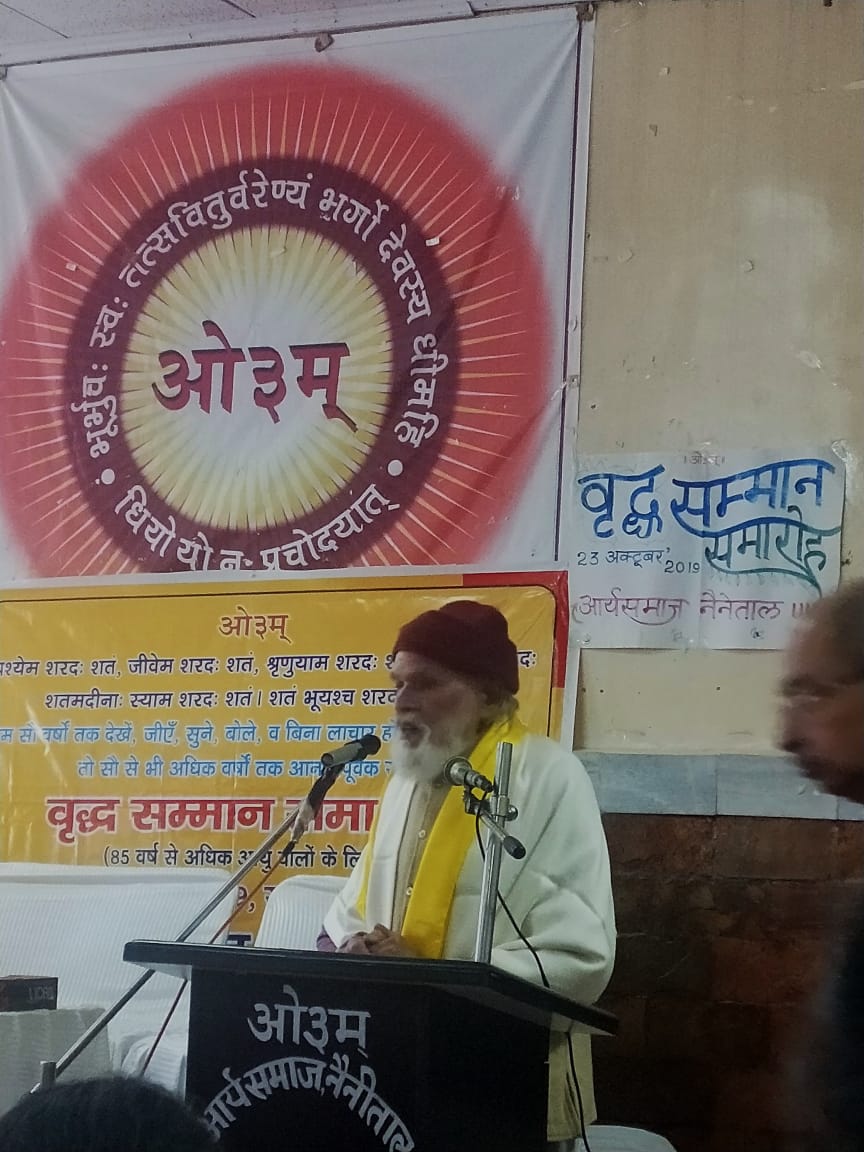